Last Tuesday was a day that we had been dreading for a while. It was the day that Little Buddy, who had been with us almost 6 months, moved away to reunite with his brother and be cared for by a relative.

Leading up to his moving day, I had been busy moving into a new house, packing his things away, and even preparing for another (last minute, unexpected) placement. In all the busy-ness, I had no time to fully process that Little Buddy was leaving me, for real for real. I saw my husband take moments to pause and reflect, but I had no time for that.

Like any "normal day", I picked Little Buddy up from daycare with a graham cracker snack in hand, played Baby Shark in the car on the way to meet up with my husband at home so that we could load his things in the car.

We did those things and welcomed Princess T, our new placement, before the drop off. [Side note: I was super grateful that we got the opportunity to drop him off, see his new home, and say good-bye as opposed to the usual caseworker pick up and rushed farewell.] We dropped him off at his relative's home who was very warm and welcoming. Little Buddy's eyes lit up when he saw his four-year-old older brother and they began to laugh and play together, seemingly making up for lost time. It was hard and beautiful to watch altogether as I whispered to myself "This is what's best for him AB. He needs to be with his family."

In the days following, I would think about him, but push back the tears so that I could be fully present for Princess T. She helped me to rearrange his room into a pink and sparkly place for her and I even started to embrace our new life. I caught myself jumping up several times after sleeping-in only to remember that there was no longer a baby to wake me up just after dawn. I would laugh to myself thinking about all the graham cracker crumbs that I would be laying on top of in the mornings that I was too lazy to fully get up. I would put him in my bed with snacks and toys so that I could get just FIVE MORE MINUTES of sleep. See, I was fine. The fun memories helped me to be alright. Little Buddy was fine, so I was too.

Then today happened. Many church members realized Little Buddy was gone. They wanted to talk about it and I would feel my eyes fill with water that I would dab at the corners with my thumbs. I attempted to change the conversation to talk about Princess T or work or anything else. I felt a little heavy leaving church and thinking about the many times I would have to take Little Buddy upstairs to kid church so that could worship peacefully.

About an hour later, I headed to meet my sister for a joint grocery run. I was soaring down the highway when the song "Risen" came on the radio, which was Little Buddy and I's jam. I looked back at his car seat as if I was going to smile at him and wave my hands as I always did, but he wasn't there and his car seat was empty. For the first time since his departure, I lost it and tears rolled down my cheeks. I was not fine. I thought about all the times that we danced to that song, all things I had taught him, and all the fears that I have about me not there guiding him through his milestones. 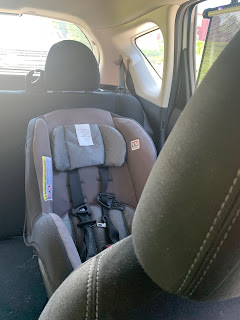 I started to ruminate all things Little Buddy related:
What if he can't sleep at night because his bedtime routine changed?
Is she remembering to give him Zyrtec every morning for his allergies?
Is he still counting to 5 on his own?
I wonder if he's saying pweze and tank you.
WHAT IF HE FORGETS ME?!

My weeping became stronger as I fully embraced the reality that he is gone. This is not like when he goes to daycare daily or to visit Nemaw for a week. "He's gone gone," I said aloud as the intensity of my crying magnified. This loss has been the most difficult of all of the children that I've fostered. While I know loss is a part of fostering, there was something inside of me that truly believed he'd stay with us forever.

The grief that accompanies foster care is relative to that of the passing of a loved one. The hole I feel resembles the same pain I felt when I lost my grandfather and my great grandmother. It doesn't go away.

So to those who said to me today or at some other time "Girl, I don't know how you do this!" My response is "I don't either". It is not natural to want to do something that causes to you feel pain or loss over and over, but it is part of the call to foster. I heard it doesn't get easier, so pray for us, but more so, pray for Little Buddy and all of the children that also feel loss over and over again.

- But Not Those kids 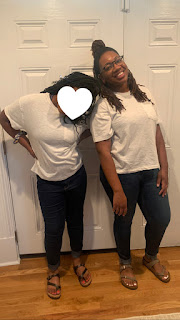 I am thankful that my social media posts and blogging have led to an influx of interest in foster care from my friends and followers. The conversations have been so enriching and the range of families has been so encouraging. #anyonecanfoster However, there are two groups that are often noted as those kids  that people don't want to welcome into their homes: the sexually abused and teenagers.  The crazier part is that all of us, adults, have been teens and many of us have been sexually abused ourselves... though we act as if we have forgotten. This is obviously unfortunate for so many reasons, but I thought I'd share some truth about my experiences and thoughts about children that fall into these categories.  Children who have been sexually abused  Think about a time when someone has wronged you, made you feel inferior, or broke you down. Now imagine being rejected because that was done to you. Crazy, huh? Children in care experience this all the time. Caseworkers call for
Read more This is my third time attempting this blog. Let's start with a little background information so that the latter will make sense. In October of 2019, we decided to take a placement of a 2-year-old boy who had various physical and cognitive needs simply because he was the brother of our current [foster] daughter. We are licensed for traditional foster care, because my husband and I both work very demanding jobs. Despite our reservations and uncertainty, we decided to try and see if we could make it work.  - December 2019: Screams of “MAAA-MAAA” fled from the room down the hall. I nudged my husband several times for him to go see what was up with Brother. About 10 seconds later, I hear my husband, DJ, roar “ARGH! There’s sh*t everywhere!” I hesitated but threw my robe on tiptoeing down the hall to see my toddler standing in his crib, hands covered in gooey brown while wearing no diaper. It was probably the grossest thing I’ve ever seen. That night we debriefed over the even
Read more

Diary of A Trash Parent 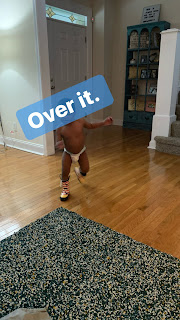 When DJ and I tell people that we do foster care, they usually smile and with a tone laced with pity say one of the following: "That's so great!" "Such a noble thing to do..." "You guys are so awesome!" "Oh, wow!"  "Really?! You guys are saints!" "Those kids are really blessed to have you all." "I couldn't do that. Good for you guys." And my favorite (not really), "Wow. I could never do that!" BUT, let me tell you how wrong ya'll are! We trash. PERIOD.  I'm not sure why people think that we are some kind of special branch of exceptionally kind people who want to foster and adopt all the children in the world that don't have parents. That ain't us sis. We are regular smegular people who happen to be foster parents.  I'm going to attempt to give you a glimpse of the Real Life of Foster Parenting.  1. I'm tired.  Between this revolving door of kid
Read more